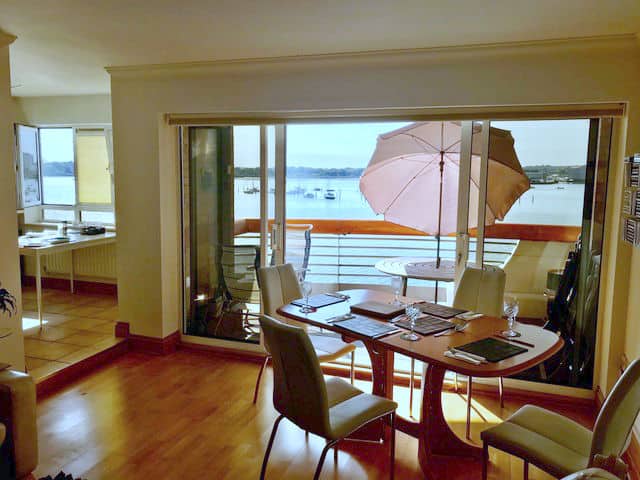 “After 7 years it still provides a service that no other supplier appears able to match.”

The Anchorage is a development of 76 apartments built overlooking the waterfront at the northern reach of Portsmouth Harbour.

By mid 2014 it was apparent the internet service to the blocks was not meeting modern standards. Average download speeds were between 1 and 2 Mbs depending on time of day and were a regular cause of complaint.

The Management Company, decided to investigate the options for improvement. Fortunately there were several owners with substantial technical and IT experience however scoping established that Open Reach had no interest in extending their nascent fibre network. Following a suggestion from a resident, Green Co were approached to see if we could offer a solution. After consultation we proposed installing 1Gb/s capable connections to each flat at no cost to the occupants.

“The system has been broadly adopted by most of the residents and regularly praised at AGMs for its cost effectiveness and efficiency. There has also been appreciation for the service support provided.”

Talk to our sales team

Schedule a call Explore our solutions

Talk to our team

Whether you’ve got a clear idea of what you need or just want to talk about your challenges and some possible solutions, we’re here to help.